(click on the images to be taken to their respective websites)

Other than offering an opportunity to mingle over good local brews, what’s the best way to get 40+ women from all over the valley together?  Throw in some scrumptious cupcakes to pair with the beer and surprise everyone with a visit from some very well-behaved, but irresistibly adorable puppies! 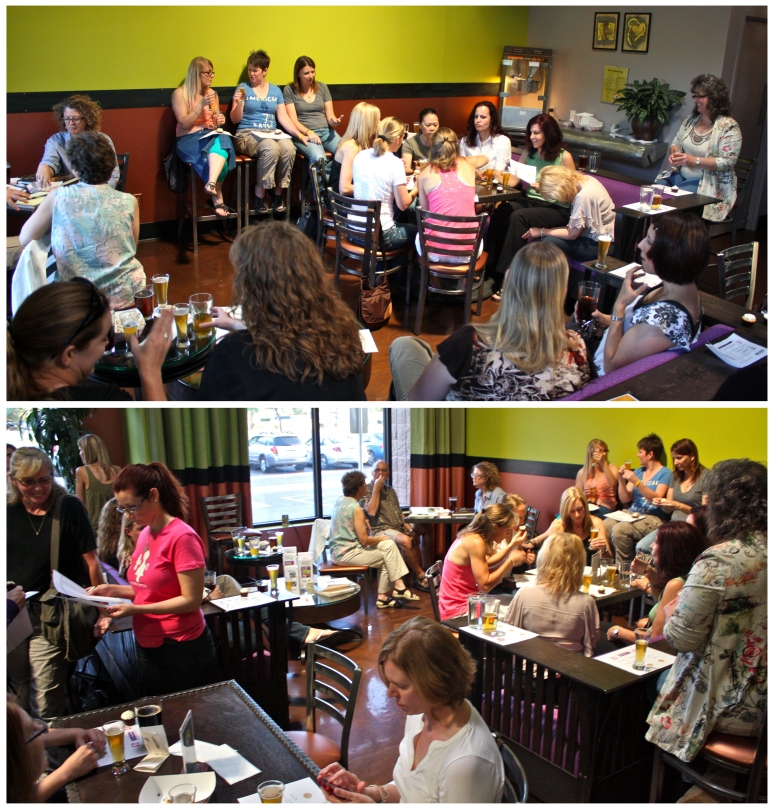 {one half of the packed saloon early in the evening}

Of course, about halfway through the tasting, everything was thrown into utterly lovable chaos as three gorgeous pups bounced through the doors, ready to make friends with everyone they could reach from the ends of their leashes.  No sooner had the dogs arrived than the saloon erupted into a loud, bubbly excitement of cooing women who were completely content just watching the fluffy puppies zoom from person to person, greeting everyone with a cold nose and a wet tongue, barely staying in one place for a short pat on the head before hopping off to the next group of swooning ladies.  It was fantastic.  The energy in the room was so palpable once the dogs, who were actually very well-behaved despite all of the excitement, started their rounds, I could feel spirits lifting, worries whisked away, and the relaxation that set in after things started to calm down was so amazing.  People seemed so much more at ease after the meet and greet that tables were pushed together while chairs were squeezed in so more people could mingle in larger groups.  It was organic and effortless and if these dogs can have that sort of an effect on a melting pot of people from all different walks of life simply by walking into a room and giving a few kisses and tail wags, I can only imagine the effect they have on people with disabilities, who really need their support and love.

{Velvet, Temple, & Quail posing in the brewery – it took a few shots}

Thanks to the awesome event put on by Maureen of AZ Girls’ Pint Out and the cooperation of Butter & Me and Sleepy Dog Brewery, we managed to raise over $600 for Power Paws, which is a non-profit organization based out of Scottsdale.  Power Paws breeds and raises their own dogs (mostly Golden and Labrador Retrievers for temperament and ease of care) and positive training begins at 3 weeks of age, where they are placed in volunteer “raisers'” homes until they are about 18 months old, when they return to Power Paws to be placed into a service or assistant position with their new owner.  By the time their training is complete within the Power Paws program, the dogs will have learned over 90 versatile commands aimed at “assisting the activities of daily living, helping with such things as turning light switches on and off, picking up dropped items and giving and receiving love from their human partner.” (from their informational pamphlet) 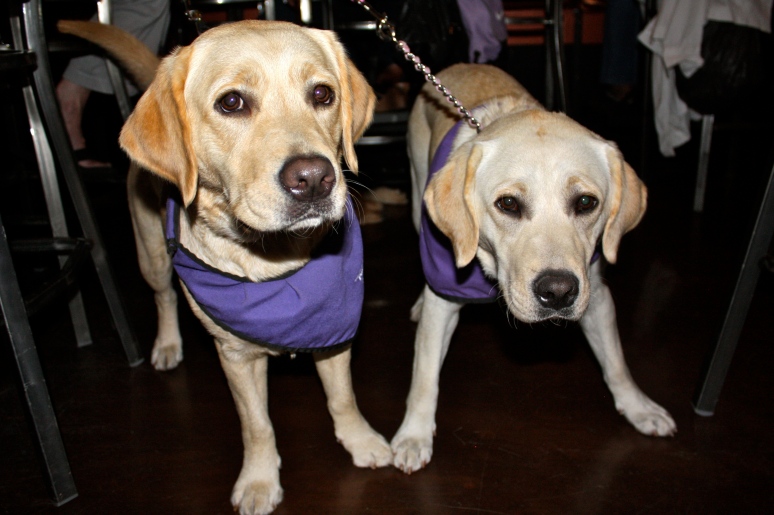 {Temple & Quail, not necessarily in that order}

At the end of the night, it was a wonderful experience to be able to enjoy a few local craft beers, munch on sweet cupcakes, and play with some amazing dogs that have only just begun their work to better people’s lives, all while raising money for the organization that puts so much effort into preparing these animals for their destinies.

For more information on Power Paws and how you can get involved or to donate, visit their website and Facebook.

The next AZGPO event will be a “Style Series” focusing on India Pale Ales on April 21st.  Make sure to follow AZGPO on Facebook to keep up to date with all future events!